The subject of what to feed a dog invokes great passion and divides opinions. This is true for the scientific community and for dog owners and breeders. It can be confusing and can leave some dog owners worried that they are not giving their dog the best diet. This is understandable because diet plays a major role in keeping your dog fit and healthy. It is an important decision to make.

One option is the raw food diet and there has been a lot of media coverage on this over the last few years. It is important to remember that there are benefits and risks associated with all kinds of diet. Here we untangle some of the scientific arguments and present you with the simple facts so that you can make an informed decision about what is best for your dog.

The Basics of a Raw Food Diet

There are two options for feeding your dog a raw food diet. You can buy a commercially prepared diet that you purchase either freeze-dried, fresh or frozen and typically looks like a meat patty. The alternative is to make your own using raw meat, bones, grains, vegetables, fruits and some supplements. A typical raw food diet would have some muscle meat on the bone, further ground or whole bones, organ meats like kidneys or liver, raw eggs, broccoli, celery, spinach, apples and a dairy product. There are plenty of books and online articles providing a dog raw food diet plan.

A commercially prepared food will be more convenient and a lot less work but you are not in control of exactly what your dog is eating and they are more expensive. By preparing the food yourself, you know exactly what is going into your dog’s diet and it is cheaper. The drawback is that it is a lot of work in terms of research, planning and preparation.

Some dogs, such as Greyhounds who race competitively, have been fed a raw food diet for decades. However, it was not until the early 1990s that it was suggested as a suitable diet for family pets. It was an Australian vet called Ian Billinghurst who first introduced the diet. He termed it the Bones and Raw Food diet (BARF).

The rationale behind the suggestion was that in the past, wild dogs would have eaten raw meat and vegetables so this is the diet that they have evolved to thrive on. He further argued that the grain-rich commercial dog foods may be cheap and convenient but were not the natural diet for dogs and could be harmful to their health.

However, the US Food and Drugs Administration and many other vets hold a different view. There is plenty of anecdotal evidence from enthusiasts of the regime, but what does the scientific research have to say and how do the experts feel about it?

Unfortunately, there is not a great deal of available evidence to help you out here. However, animal nutrition experts are clearly skeptical about some of the more extreme claims made about raw food diets.

Benefits of a Raw Food Diet

A raw food diet is made up of natural ingredients and there are several potential benefits:

There have been a number of petfood recalls over the last decade where contaminants have found their way into commercially prepared dog food.

Chemical contaminants are one concern and perhaps the most serious incident to date was the Melamine Pet Food Recall of 2007. This involved the contamination of a commercial dog food with an industrial chemical called melamine and it is thought that thousands of dogs lost their lives as a result. It spurred the US Congress to pass the Food and Drug Administration Amendments Act (FDAAA) which addressed the safety of pet food. Sadly, this has not prevented further recalls. As recently as 2014, both melamine and another chemical, cyanuric acid, were found in US pet foods. Recently, several brands have been recalled due to excessive levels of Vitamin D. Some have even been contaminated with pentobarbital, a tranquilizer used to euthanize sick or fatally injured animals.

Another worry is contamination by pathogens which could make dogs and humans ill. There have been several recalls of foods contaminated with bacteria such as salmonella, Listeria monocytogenes, Clostridium botulinum and E.coli. All of these have the potential to cause serious health issues.

The point here is that when you prepare a raw diet in your own home for your dog, you are not exposing them to the risks of contamination that can arise with a commercially prepared dog food.

When you prepare your own raw diet for your dog, you can tailor it to their particular needs. Therefore, if your dog has an allergy, you can eliminate that ingredient from their diet with certainty. With some research, you can specifically meet your dog’s nutritional requirements and carefully alter them during the different life stages.

Some dogs can suffer from obesity and that is not good for their health. Raw food diets have a higher water content than most commercial foods especially the dried foods. This will allow you to feed them bigger portions so they feel full but it will not give them too many calories.

Many processed commercial dog foods have artificial color, flavors or preservatives. Raw food prepared at home will have none of these. Even the commercially available raw foods will not have preservatives because they are preserved by freezing and not by chemicals.

Some owners believe that whole bones that form part of a raw diet are very beneficial for a dog’s teeth. This is probably because they scrape off plaque and so prevent gum disease.

You will often read that dogs fed a raw diet have shiny coats and this is because they have healthier skin. Some nutritionists have attributed this to the higher fat content in the raw diet.

There is anecdotal evidence that dogs on a raw food diet have more energy. It may be due to the fresh nutrients and vitamins and minerals.

Another factor mentioned by some owners is that their dog has smaller stools. This may be because the raw food has less fiber and no filler and so the body absorbs most of, leaving little to form a poop.

Dogs love to chew! The issue with some commercial dog food is that it gives them little opportunity to do so. As a result, your dog may start to chew other things such as your staircase or your furniture or may develop other behavioral problems. A raw food diet contains whole bones and this gives them plenty to much on. Many dog owners report that their dog’s behavior also improves.

There are also some potential risks of a raw food diet. Here are some of them.

A raw diet will contain raw meat and it should come as no surprise that it, therefore, contains pathogens which can cause potentially serious illnesses in humans. Some examples are:

There are two routes through which the humans in the household could be infected. Firstly, they could cross-contaminate human food with the raw dog food via hands, surfaces or utensils. Secondly, when your dog eats the raw food, the bacteria pass through them and end up in their poop. This can contaminate the yard, garden, paws, rugs and furniture. It is easy to see how humans can be infected.

Having said this, it is important to note that all dog owners need to exercise very high levels of hygiene and not just those that are using a raw diet. This is because dogs can pick up these pathogens from contaminated commercial food (which is recalled when contamination is found) and from scavenging for scraps on the ground.

The pathogens named above present the highest risk to children, the elderly and humans who are immunocompromised.

Raw diets can also contain pathogens that can make dogs ill. Raw beef can contain Neospora caninum and raw pork can contain Trichinella spiralis. Severe cases of these infections can be fatal especially in dogs that are immunosuppressed because of diseases such as cancer or medication.

Feeding raw bones to dogs does have some risks. They can cause choking and can break teeth. Also, when a sharp bone is swallowed, it can cause an internal puncture.

There is no label on raw food so it can be tricky to make sure that your dog is getting all the nutrients they need in the right proportions. Here are some potential issues:

Feeding puppies. Getting the calcium : phosphorous ratio wrong in puppy food can lead to bone deformities and problems with growth

Dogs with digestive issues. They may not have the enzymes needed to successfully transfer to a raw diet and may be better on a home prepared diet that is cooked.

Protein. Raw diets tend to be very high in protein because they contain so much meat. There are some dogs that cannot cope with this especially dogs with late-stage kidney or advanced liver failure.

Other nutrients. The problem with nutrient deficiencies is that it takes months for them to show. By the time your dog develops symptoms, some serious damage could have been caused.

Commercially prepared raw foods are much more expensive than other commercial dog foods. Of course, you always have the option of preparing your own. This is a big commitment and is not easy to fit into a busy lifestyle. If you travel a lot with your dog or use boarding facilities, it will be especially challenging.

Every dog is an individual and a diet that suits one will not suit another. If you do decide to try your dog on a raw food diet, it is vital that you speak to your vet first. It is important that your dog is a breed and is of an age that can cope with the change without suffering any health problems. It is critical that you discuss this with your vet if your dog has any health conditions  because a change of diet could make them very ill. A diet of raw dog food for beginners requires a lot of research and support.

You also need to look after your own health. Remember that raw meat is likely to contain pathogens and that you need to exercise strict hygienic precautions when you are handling and storing it. 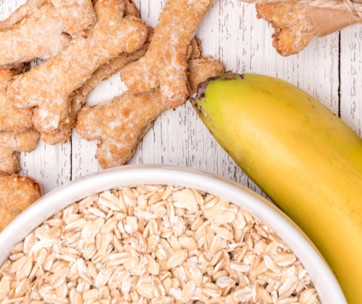 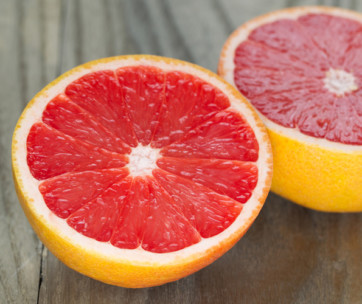 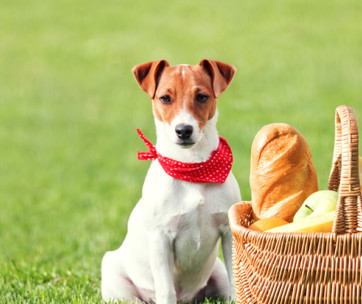