Steps to Keep Your Dog in Yard Without a Fence

Topping the list of things making the worst experience for a dog owner is a dog that does not respect its boundaries. We all want our pets to be happy and free, but in the same measure, we want them to stay safe and not to infringe on the freedom of neighbours and their privacy. The easiest way to achieve all this is with the use of a fence. However, because it is not always possible to have a fence, there are also some very easy steps that you can take to keep your dog in the yard even without a physical barrier.

Step One: Create a Boundary

The first and most important thing you need to do is to create a boundary for your dog. This can be done using flags planted around your yard to serve as visual reminders. Although these flags are the most underrated tools with regards to dog containment, they work in a very good way.

The flags should be placed at least 3 to 4 feet from your boundary line and they need not be too close to each other. At the same time, they shouldn’t be too far apart. If you are also going with an electric fence, it will make a lot of sense to also have it planted with the flag so that the combined effect of the flag and fence will get the message to your pet much faster. The receiver collar of the electric fence should be activated at least within 2 to 3 feet from the flag.

Step Two: Familiarize Your Dog on the Boundary

Once you set your boundary, attach a leash to your dog and practice walking him or her around the boundary. As you do that, make sure that it stays within the boundary using the leash. The success of this step is to ensure that your dog understands it is not allowed to cross to the other side of the flag. If you are using the collar, the noise it produces when the dog gets too close will produce a shock effect that will help to put your pet in the right place.

The vital thing you need to understand here is that dogs are very smart creatures, so it doesn’t take too long for them to pick things up. Hence, you will not need a professional trainer to help your pet understand its boundaries. Taking it out and repeating the exercise several times between three to four days will be enough to get your dog familiarized with this newly designed boundary. Although some dogs may require a good number of days to fully grasp,  others can figure it out in only two days.

Now that your dog has fully understood the boundary and flags, the next step you want to take is to use some commands to get it to understand that it needs to stay on its side of the flag, even when you are not there to watch. You still need to take this step seriously even if you are using an electric fence.

Here, you may need to use words like “stop”, “stay”, “leave” or any other word that the dog may understand when you want it to stay within the boundary. You may also need to walk outside of the boundary line while the dog is inside and command it to remain in there when it wants to cross over to join you.

If you are using an electric fence, you should try timing the voice command to come shortly before the shock when it wants to cross the line so that it can associate the command and the shock. This will pass the message faster. If possible, you should add a little reward each time the test is passed.

Using the command to make your dog stay on the right side of the boundary line may take a little time and so you will need to practice a number of times in a day. You should take your dog out for this training several times a day for the next three to four days. Each time you are out to train with the dog, make sure it doesn’t cross the borderline and it understands the commands very well.

Now, it is time to introduce some form of distraction that may force your dog to cross over the borderline. Place food, toys, or anything that would attract it from crossing to the other side of the line. As you do this, you should try encouraging your pet to stay on the right side of the border using commands and all other means.

There is the possibility that it may fail this test since it is still only learning. Do not punish it if it does not obey your commands. Instead, simply go through the third stage again and ensure it understands the commands fully this time around. If you throw the toy over or keep something attractive and it obeys your command to leave it and not go over, offer a treat or a prize as a moral boost that will encourage it next time. Like other processes, you should repeat this several times a day for three to four days and keep returning to step three until it fully understands and obeys.

Now that you are certain your pooch can take simple commands and not fail on simple distractions, it is time to increase the distraction to see if it will still stand its grounds. What you are to use here will depend on your dog, but it is also important that you do not only make sure it passes the test, but for its own safety and that of others is guaranteed.

That said, if your dog finds it hard resisting other dogs, then you should not introduce other dogs at the initial points of this stage. Instead, you may decide to use neighbors or friends that your pet may want to go over. Later, you may also decide to have a friend come over with his own dog and stay outside the boundary line. This will prove important because dogs find it very hard resisting other canines.

If it is at this stage that it fails, you simply need to repeat previous steps without punishing the pet and reward if it gets it right.

Before starting this next step, be sure that your pet has passed all the previous steps after many tries. If you live in a quieter neighbourhood where the dog is not exposed to too many people and other animals, getting everything right may be more difficult than for someone in a congested environment.

What you should do here is to unleash your dog and allow it to lead the way. Give it some breathing space and observe how it handles challenges that come naturally. For you to be sure that your pet has learned all you have to teach, you will need to also take some time off, study it from a distance and watch how it deals with various challenges from kids, dogs, neighbours, toys, and any other thing that may prove to be distracting.

That said, there may be times when you may need to remind it with voice commands but if it is having problems, you can always revert to previous steps to ensure that everything is fixed.

Once it has passed this stage, it is safe to say that your pet is set to stay in the yard and respect the boundary lines even without you watching. However, because it is a living being with its own mind, there are times that it may cross the line most especially when you are not using an electric fence. This means that you will need to keep training your dog periodically.

Invest in an Electric Fence

Apart from the above steps, one may also consider going for electric dog fences which function well to keep your dog in the Yard. The electric fence is a hidden wire used as a barrier to keep pets within predefined boundaries instead of using a physical barrier.

The way it functions is that your dog wears a shock collar which has an FM receiver. As your dog gets too close to its boundaries, the collar produces some noise to alert it. If the pet ignores the signal and continues, the collar will then produce a mild shock that stops once it returns to its permitted area.

Depending on the size and type of dog, you can set the shock to the level that will be effective. When setting up the electric fence, it is important that you start from the lowest point. That said, even as the shock is effective, it is not dangerous for your pet.

Combining the electric fence and steps provided above will prove more effective because the steps will limit the chances of your dog having to get shocked. 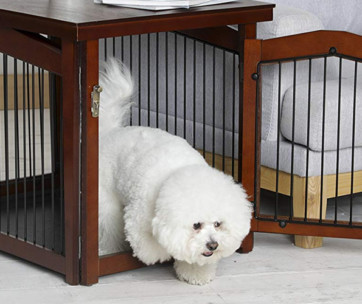 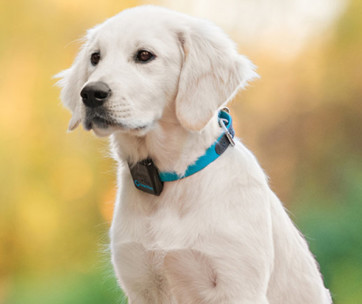 The Best GPS Trackers for Dogs (Review) in 2020 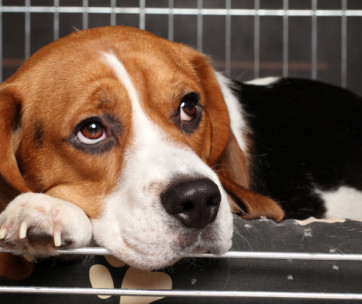