Teach Your Dog To Stop Begging

As a pet owner, one of the things that stress you out is to see your dog beg. Admit it or not, they become annoying especially if you know you’ve fed them already. While it’s okay to spoil your dog and give them more food and TLC, doing this every single time will make your dog ask for more. So if you’ve experienced having a dog that won’t stop begging, then this page is for you. Here, you’ll know more about why dogs beg and what you can do to teach them not to.

Why Do Dogs Beg?

The first thing you have to know before teaching them not to beg is knowing why they do it. Factually, dogs beg not because it’s innate in them. It’s because their owners have reinforced begging in the first place.

For example, there was a time when you were eating at the dining table. Your dog will suddenly nudge your foot and ask for some of the food you eat. You, on the other hand, find your dog begging so cute that you couldn’t resist. So you give them a few pieces of your roast beef. Little did you know that you giving in to them teaches them how to get what they want by just begging.

But food isn’t the only thing that dogs beg for. It can also be attention, playtime, treats, or toys. If you give in to every time they beg, nudge, or mooch, then you know for sure that they’ll continue to do so.

How To Teach Your Dog to Stop Begging

Now for the most important and hardest part – disciplining your dog. They say that it’s hard to teach an old dog new tricks, but this might not be the case especially for younger dogs. But if your dog has reached its old age, then there is a possibility that you might fail training them. Nonetheless, you can always teach them this while they’re younger. Here’s how to do it:

Prevent Them from Begging

Just like in any bad habit, the best way to stop it is to prevent it. If you don’t want them to beg, make sure that you remove them from the place where you are in certain situations. For example, when it’s time for you to eat, you can bring your dog to their house or leave them in their pen. This way, they don’t get anywhere near you where they can nudge and mooch you.

Or if you are busy and you don’t want to play with them, make sure that you don’t bring them to your bed or on the sofa. By giving them space, you can already avoid them begging you for attention or food. Think of it as setting boundaries with your dog. In the long run, this teaches them when it’s time for you to do your own thing.

But if your dog doesn’t have a pen or you just want them to stick around, the next best thing to do is not to reinforce the behavior. In psychology, when kids do an action and they see it being rewarded, their action (or behavior) becomes reinforced. This is called positive reinforcement. This also applies to dogs. If their begging is rewarded by food or attention, then begging will be reinforced. As long as you keep rewarding this behavior, your dogs won’t stop begging.

Now that you know this, what you can do is to stop reinforcing the behavior. You can do this by negative reinforcement or by just ignoring such actions. As a dog owner, you don’t want to punish your dog when they beg. Hence you can take the other option which is to ignore them when they show this kind of behavior.

Give Them a Distraction

Another way to teach your dog not to beg is by giving them a distraction. You can either keep them in their pen or give them a toy. Since a lot of pet owners prefer to have their dogs near them, they can give their dogs something to nibble on instead. The trick here is to keep your dog occupied so they don’t notice the food you’re eating. In short, they won’t bother you.

What other people do is to give their dog their own meal while they eat. In this way, your dog won’t find the need to ask you for something to do or something to eat.

Train Them to Earn It

You can also train your dog to earn attention and food. Just like how you train your kids to earn their gifts, you should do the same to your dog too. Some people prefer to hire a dog trainer while some owners prefer to do it by themselves. Whatever you decide to do, make sure to only reward your dog with a treat when they do exactly what you ask them to do. It’s also important to remember that when you train them, you should just focus on one behavior at a time. This will help prevent confusion on the dog’s part.

Teach Your Relatives To Restrain Giving In

And finally, you should also tell your friends and relatives not to give in when your dog starts begging them for food. Although you can’t always help but give in to them, try to keep this at a minimum. If this becomes a struggle, what you can do is to think of how much benefit this will give your dog. Say, you can’t help but give them human food. Instead of feeling guilty, you can think of it as your way of keeping your dog healthy.

While it’s always tempting to give in to your dog’s soulful stare, training them not to beg could make your life easier. This way, you don’t breed a demanding and spoiled dog (yes, they can be like kids, too). But as much as possible, it’s always best to train your dogs while they are young. 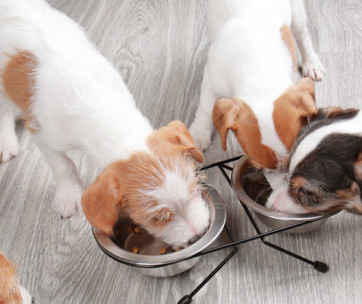 Share
1698
Dogs
How Many Calories Does a Dog Need? 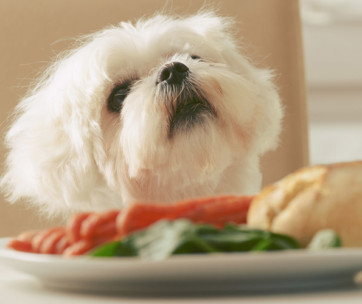 Share
1297
Dogs
Why Table Scraps are Bad for Dogs 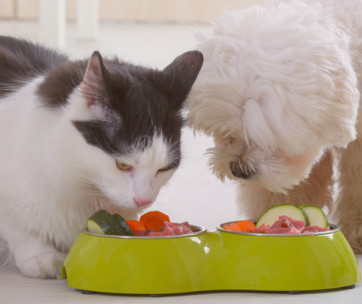 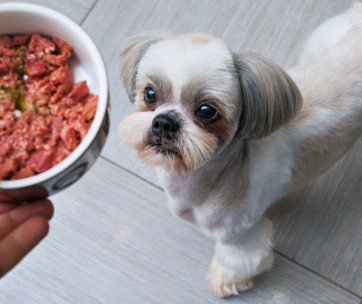 Share
4342
Dogs
What is the Best Time to Feed Your Dog? 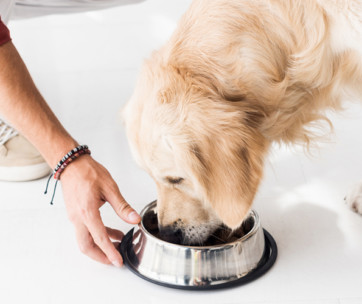 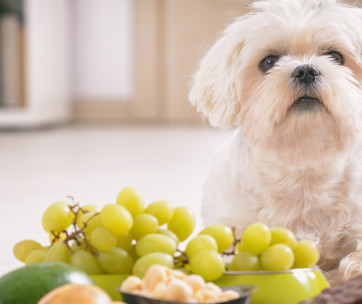