Where To Place Your Cat’s Litter Box

Location is everything when it comes to effective litter box training for cats. You want them to be comfortable every time they do their business. If not, they would bring their smelly business elsewhere. If you happen to have multiple cats in the household, location becomes all the more important. This can spell the difference between keeping the peace and inciting hostility among your feline housemates. Here is where you need to place your cat’s litter box to make sure it doesn’t wreak havoc elsewhere.

The One Plus One Rule

Every time a cat uses its litter box, it gets soiled and smelly. If you can make it a habit to scoop the feces and urine right after feline elimination, then there’s no need for an extra litter box. However, life is not always like that. As such, it may take some time before you clean the litter box.

Cats don’t like smelly and dirty toilets. Having an extra toilet will give them the chance to eliminate in the additional toilet while you clean up the other.

It is often a good idea to add 2 to 3 extra litter boxes if you have more than 5 cats in the household. Since you’re talking about a large number of litter boxes, their placement in your household can be tricky. So where should you place these litter boxes?

It Should Be Somewhere Private

Cats are both predator and prey. They prey on smaller animals yet can get preyed upon by larger predators. This is the very same reason why they want their toilets to be in a secluded or private place.

When cats are defecating, they know that they are at their most vulnerable. A larger predator can pounce on them while they are defecating. This is why they would like their litter boxes to afford them the privacy that they require. It’s not because of modesty, but more because of protection.

As such, you may want to consider using the bathroom of a guestroom. You can also utilize the closet of the guestroom. If you don’t have a guestroom, you can put up a screen in one corner of your house such as your bedroom or the living room. It should be where there is less traffic to maintain “privacy”.

It Should Be Quiet

In addition to a private place, cats also like their toilet to be in a quiet place. This has something more to do with the cat’s need for a more relaxed environment. They don’t want to feel stressed out while they are doing their business.

It is for this reason that the litter box is best placed in areas with less foot traffic. If you do decide to put the litter box in your laundry room, make sure that it is far from your washing machine. It must be distant from other appliances like the dryer.

It Should Be Far from the Feeding Area

If there is one thing you should never forget, it is to never place the litter box near a cat’s feeding area. This is in keeping with the cat’s fastidious nature. Felines don’t like to eat in areas where they are defecating and urinating. Likewise, they don’t want to do their business in an area where they have their dinner.

It Should Not Make the Cat Feel Trapped

There are cats that love to pounce on their fellow cats. This is not so much as preying on their fellow felines, but rather as part of their playful nature. What is sad about this behavior is that they like to pounce on other cats when they’re most vulnerable. This often occurs during or right after elimination. They can intimidate cats that are leaving the litter box.

As such, you may want to position the litter box in a way that the cat will not feel trapped. For instance, if you place the litter box in a corner, then you are limiting the cat’s escape route. There must be egress points in all directions from the litter box. Do take note that this will only be a major consideration if you have multiple cats that are very playful.

It Should Be Accessible

Accessibility is a must when it comes to litter box placement. For those with normal, healthy cats, you can place the litter box on the second floor of the house. It is quieter and can offer your cat the privacy it needs.

However, if you have kittens or senior felines in the household, then placing the litter box upstairs is a big no-no. Elderly kitties may no longer have the energy to go up and down the stairs to reach their litter box. It may also have some serious joint problems. Instead of going upstairs, it may decide to do its business in your living room. The same is true with kittens. Their bones may not be strong yet to climb the stairs. They may fall and injure themselves.

A better approach for these two types of cats will be to place the litter box on the ground floor of the house. This makes it more accessible to your felines.

Location is everything when it comes to helping cats in their defecation and urination needs. Choosing the right location for their litter boxes can help you promote better toileting habits for your cats. 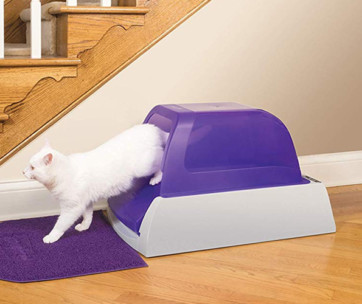 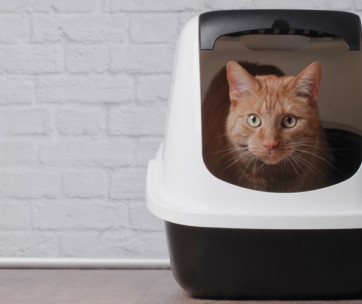 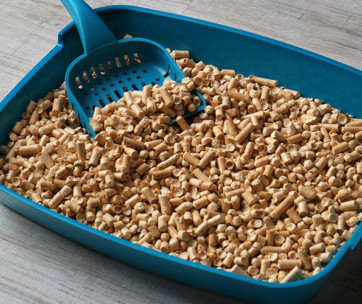