There are many behavioral issues in dogs but aggression is one of the most stressful. It is a very frightening experience for the target of that aggression (which could be a human or another animal) and it is very unpleasant for the owner of the aggressive dog. More seriously, it can result in actual bodily harm. Some sources claim that around two per cent of the US population suffer a dog bite every year and that adds up to a staggering 4.5 million US citizens. More conservative estimates put the value at a million but this is still a lot of people! Bites are most often experienced by children and around 17 people die from a dog attack every year in the US. Even though most dog attacks are not that serious, dog bites account for one percent of all the visits made to an emergency room each year.

It is typical for aggressive behavioral traits to show themselves at a young age. It can be genetic in origin and is not necessarily related to any particular age or breed. Ultimately, an aggressive dog is a nervous and scared dog who is expressing that emotion in a way that is not compatible with their role as a companion animal. There is no cure for this trait but there are ways in which you can work with your dog to control the situation.

There are several different types of aggression. Here are the main ones.

Signs of Dog Aggression in Dogs

There is a syndrome called ‘Sudden Onset Aggression Syndrome’ or ‘Rage Syndrome’ where a dog will have an explosive and unexplained outburst of aggression with no warning but thankfully this is rare. It is most often seen in Cocker and Springer Spaniels and in some other breeds including Doberman Pinschers and German Shepherds so it is likely to have a genetic element. Normally, however, aggression should be something that you can see coming. There is specific body language that will indicate that an episode of aggression is imminent. If you can learn to anticipate aggressive behavior, you stand a better chance of stopping it.

Dogs that have an offensive type of aggression may show the following symptoms:

Alternatively, a dog that is defensively aggressive will have their head lowered and their tail down.

Causes of Aggression in Dogs

Aggressive behavior in dogs is multi-factorial and something that triggers aggression in one dog will not do so in another. Sexual maturation has been identified as one of the main causes but there is no doubt that genetic factors are also important. The way that a dog has been bred also plays a role and it is thought that inbreeding is a cause of aggression in some dogs. The ancestry of dogs is also important and many characteristics of aggressive behavior are simply a version of the way that dogs would have behaved in the wild. This is sometimes referred to as ‘pack order behavior’.

Adolescence is a tricky time for many dogs and in that sense, they are not that different from humans! In dogs, the process starts at around 14 weeks and it goes on until the dog reaches sexual maturity and this is at around 15 months old. This is the reason that socialization is so important for a pup. If you don’t do it correctly before your dog reaches 14 weeks old, it is likely that you have missed the window of opportunity. Dogs like this can seldom be trusted around humans or other people for the rest of their lives.

During adolescence, pups often bark at strangers and they can become extremely protective. At this time, you will also notice that male dogs lift their hind leg to urinate as opposed to squatting as females do. This is the time when dogs should be exposed to as many strangers as possible, both within their home and when they are out and about. It is also important to introduce them to other dogs. If you understand the growth periods that a pup undergoes, you will understand more about canine aggression and how to calm an aggressive dog. Pups between eight and 10 weeks old can be very fearful and harsh discipline can result in later aggression.

The way that dogs are treated impacts their behavior. A dog that has been handled roughly, has been punished too harshly or has been abused, is more likely to be aggressive. It is a normal response for a dog to react with defensive behavior and aggression.

Also, a dog’s living conditions can play a role in aggression. If the conditions are harsh, a dog is more likely to portray aggression. A dog that has been attacked by another aggressive dog is also likely to start to display aggressive behavior. Be careful about spoiling your pup or praising them too much because that can also trigger aggressive behavior. As can teasing by children and isolation from human contact.

A large part of dog aggression is instinctual and originates from the dog’s history as a pack animal.  This influences how they see the world and how they interpret the actions of humans and other animals.

In a dog pack, body language is very important and establishes the pecking order from the pack leader downwards. Now, you and your family are their pack. They will try to establish their place in the pecking order and this can involve them challenging who they perceive to be the more submissive members of the pack. Often, this is the children of the family. Growling when they are guarding their food bowl is typical and this needs to be controlled right away. If you carry on letting the dog gain dominance over family members, they will eventually become the leader of the pack and that is a disastrous situation!

This type of aggression is most often exhibited by non-neutered male dogs, by females in heat and by females who are nursing pups.

Solutions To Aggression In Dogs

The first step towards finding the solution to canine aggression is to diagnose the issue. This can be done by a dog behavior expert or by a vet and they will need to observe the aggressive episode as well as hearing your description of what is going on. There are no medications that are currently licensed in the US for the treatment of canine aggression. This means that your only option is behavioral modification training.

Because there is no ‘cure’ for the underlying issue, treatment has to focus on the behavior. If you are not sure where to start with aggressive dog behavior training, have a chat with your vet.

As the dog’s owner, you need to learn some behavior management techniques to help your dog to control their anger.

Some of the most successful strategies have proved to be desensitization and relaxation techniques. These can help your dog to overcome their fear. You may also have to learn to use devices such as a muzzle. This is especially important when you are out and about. Your overall aim is to make sure that no humans and no animals get hurt and that includes your own dog.

Behavior training starts when you choose a pup. If you are a submissive person who finds it hard to assert yourself, or if you are not experienced with dogs, do not choose a pup that has a heritage that may indicate that they will be aggressive. You are unlikely to be able to control them and put a stop to the aggression.  Do not allow the pup to dominate any members of your household.

It’s easier to prevent aggressive behavior from developing in the first place and early socialization is the key to this. Arrange for your dog to play with non-aggressive dogs that you know of. It is very likely that the friendliness of the other dog will be infective.

Once a dog is older, it is harder to curb aggressive behavior but there are still things that you can do. You should give them plenty of praise for good behavior. If they do something wrong, the discipline should be consistently enforced and mild. It is vital that your dog responds to verbal commands. This makes them easier to control when you are out and about and makes it clear that you are the dominant member of the family. Dogs must know how to sit and stay as a minimum.

Some people think that neutering male dogs is the perfect cure for aggression but sadly that is not always the case. However, there is no doubt that it goes a long way to help sort out dominance aggression.

There are certain habits that you simply cannot allow the dog to develop and you must nip them in the bud by never tolerating them. Your dog should never be allowed to chase children or anyone else who is running past them such as a jogger. Also, jumping up on people should never be allowed. Think about the way in which you play with your dog. Never play with them aggressively and never use physical punishment as a way of letting them know that they have done something wrong.

You will always have to monitor your dog carefully and watch out for regression. It is likely that you will have to use aggression control techniques for the whole of your dog’s life.

To sum up, there are many different types of dog aggression and it can occur in any breed and at any age. If you have concerns about your dog’s aggression, it is always advisable to talk to your vet about helpful strategies. 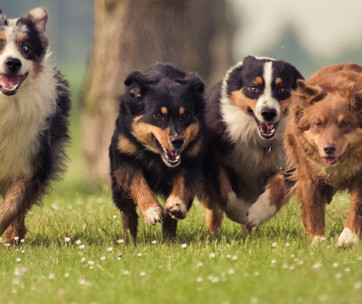 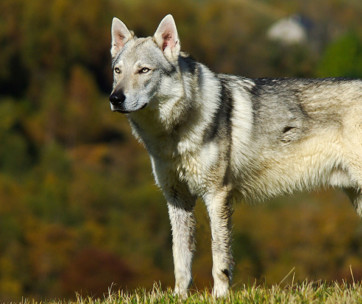 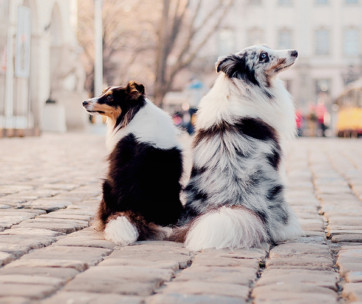 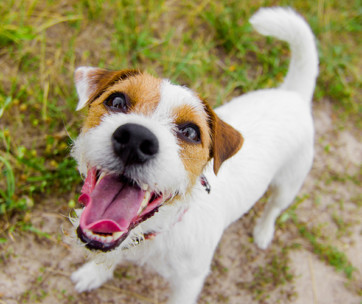 Why Do Dogs Wag Their Tails? 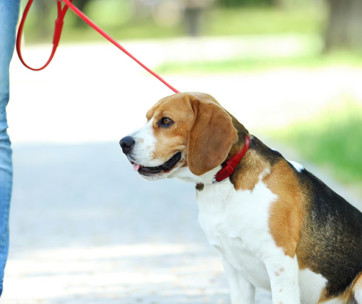 5 Tips to Control Your Dog on a Leash 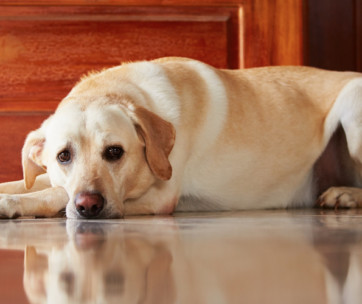