Why Do Dogs Run In Their Sleep?

There are many dog behaviors that are uncannily similar to human behavior. Take for instance the sudden jerky, twitching movements while sleeping. Yes, some dogs exhibit such behavior while they are sleeping as if they are trying to run from something or someone. It is an amusing conduct that should never really come as a surprise. After all, some of us also kick in the middle of our sleep that even our partners get startled with our behavior. But why is it that dogs seem to run while fast asleep?

It is now understood that any behavior emanating from our dogs while it is sound asleep, including running, crying, whimpering, barking, moaning, or even yelping, is an indication of canine dreaming.

Yes, you read that part right. Dogs dream. As it turns out, we have a lot more in common with dogs than merely being highly sociable beings. Even the structure of our brains and how they are wired are almost the same. And this extends well into the realm of dreams.

While nobody, not even dog experts have seen the dreams of dogs or whether we can accurately interpret them, what we do know is that the brain activities of dreaming dogs are peculiarly similar to the brain wave patterns in a dreaming human. We can safely conclude, therefore, that dogs also dream based on the changes that occur in their brain waves during sleep.

As you may have already guessed, we go through several stages of sleep ranging from light sleep to deep sleep. The same is true for dogs. However, somewhere in this sleep cycle, which occurs several times throughout the night, is a stage known as Rapid Eye Movement or REM. It is in this stage of sleep where dreams typically occur.

But let’s learn more about the stages of sleep in dogs. In humans, there are 4 stages that usually culminate with REM before cycling back to stage 1 or 2. In dogs, it’s a bit shortened. They only have non-REM sleep, REM sleep, and SW sleep or short-wave sleep.

In non-REM sleep, the dog is dozing off. Everything tends to slow down. But mind you, this dog can still be fully aroused even by the faintest sound.

Once it goes to the REM stage of sleep, things begin to get more interesting. If you can see the brain activity of your dog during this stage of sleep, you will see spikes and highly erratic patterns. You don’t need such brain wave readings to know. Just look at the eyes and you can see it moving underneath the closed eyelids. If you have a stethoscope, you might even listen to a heart that is racing like a galloping horse. The muscles will also be a bit tense.

After REM, the dog goes into Short Wave sleep. In this stage, you’ll notice your dog breathing heavily. It may take some time to arouse your dog in this stage.

So, when you see your dog ‘running’ while it is asleep it means that it is in the REM stage of sleep. And yes, it is dreaming.

The question now is, what could it be dreaming of? We can only offer a few ideas as to what your dog could possibly be dreaming about. It may be reliving those moments when it saw a squirrel, rabbit, or even a cat that it ran after. It may be dreaming about the time when you played Frisbee or a game of catch with it or perhaps even relishing those moments when it went through the agility course that you built just for your dog. In other words, you can somehow gain an understanding into what your dog is dreaming about by looking back into its past activities. This will somehow give you a clue as to why your dog is running in its sleep.

What to Watch Out For

While it is possible that your dog is running in its dreams, you have to clearly differentiate this movement from those that are characteristic of seizures. If you notice its limbs to be rather stiff or rigid while ‘running’, there is a possibility that your dog is having a seizure. The movements are also more violent compared to the movements associated with dreams. Its body will also stiffen and you may notice shaking or trembling. And if you try to awaken your dog, it may be more difficult.

If you suspect that your dog is having a seizure, don’t wake it up. What you need to do is to remove any object that it can hit with its forceful involuntary movements. You may also place a cushion underneath your dog’s head to help protect it in case its neck muscles also twitch. There’s not much else you can do when your dog is having a seizure. You can only support it.

Once the seizure episode has subsided, your dog will wake up on its own. You can then contact your vet to ask for advice on what you can do for your dog.

The running behavior of dogs while asleep is normal. However, if you are worried about your dog’s state, you can call its name to wake it up. We don’t advice you to shake your dog to arouse it or even to touch it as it can be quite reactive. You’ll never know why it is ‘running’ in its dream. Waking it up in this stage might trigger your dog to snap at you. Once you dog has fully awakened, talk to it in a calm voice.

Again, if you think your dog is having a seizure, it is best to stay calm and protect your dog from further injury. There’s not much you can do than supporting your dog and making sure that it doesn’t hurt itself during this episode.

The next time you see your dog running while asleep, relax. Fido here is just dreaming. 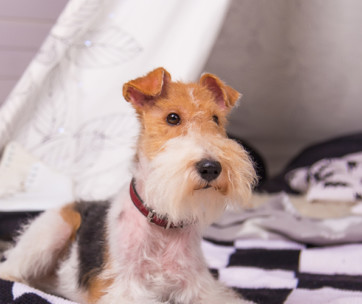 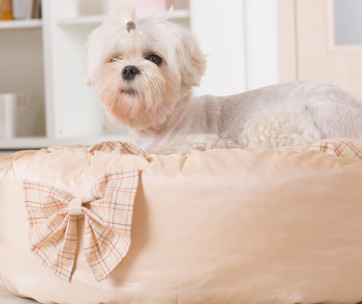 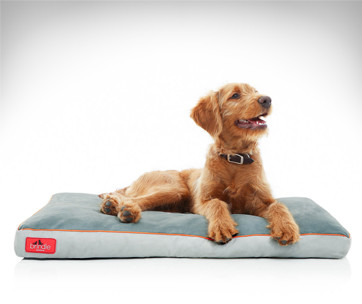