How Do Cats Sweat? Everything You Need To Know

When the weather becomes unbearably hot, just like humans, your pets also need to cool down. But have you ever wondered how do cats sweat? No doubt, this is one mystery many cat parents just can’t figure out. The trust is that though their entire skin comes covered in fur, the feline population does perspire as their body is equipped with a smattering of sweat glands. These glands are mostly located in specific body areas with lesser quantities of hair. However, this reduces the amount of cooling they are likely to get from the sweat. However, some kitties are known to lick their fur in a bid to distribute saliva, which cools then down as it evaporates, performing the same function as sweat. Read on to get the full details.

Though it is not likely that you would see a cat sweating, they are born with a super-efficient cooling system. Distinct from the humans that have sweat glands scattered all over their body, the sweating glands of a kitty are strategically located in some certain hairless spots on their bodies. These select areas include the lips, the paws, or that part of the skin surrounding the kitty’s anus.

When the feline’s body conveys a message to its brain saying that the body temperature has risen too high, the brain, in turn, sends out signals to all the specific glands to start perspiring. As soon as all the sweat evaporates, it, in turn, produces some cooling effect on the kitty’s skin.

Unlike in humans, when cats sweat, the perspiration doesn’t emanate from their armpit – or the joints that connect the fore and hind limbs to the main their body. They perspire through the hairless regions of their body especially the paws which houses the feline’s vital sweat glands.

When the weather becomes exceptionally hot, you may begin to notice that your feline friend is leaving trails of small wet paw prints while it leisurely moves around the house. This is specifically what we mean by cat sweating, and in this particular instance, the perspiration is in full flow. While we have witnessed cases of cat sweating occurring during very high-temperature conditions, there are still cases where they sweat as some sort of bodily reaction to incidents of great stress or times of high anxiety. This explains why your kitty becomes scared or nervous when you take it on a visit to the vet. Closer scrutiny of the examination table may reveal tiny wet patches, but they are not droplets of pee, but streaks of sweat.

There is a second function of kitties perspiring through their paws; which points to the fact that the paw perspiration can actually function as a vehicle for conveying as well as depositing pheromones and species-specific chemical signals which helps the felines to communicate with each other.

A cat’s perspiration does similar functions like when dogs and humans sweat – which is to assist in the regulation of body temperature when the weather is extremely hot. However, due to the fact that that felines only sweat through some specific areas of their body, which constitute a negligible percentage of the kitty’s entire body, they are faced with the need to supplement their paw perspiration with several other tactics which will aid them in battling the hot temperature.

This is why your furry friend would naturally move into shady spots and shadowy nooks when the weather turns blistering-hot. This is a natural instinct in the entire feline population, and it emanates from their life experiences with the hot weather, learning to combat it in any way possible. While pet parents love to crack jokes about the feline’s innate lazy streak — especially with each of them being quite contented to take naps for all of 18 hours on a daily basis — staying very still while spreading out their bodies against a cool tile floor, or in a shaded spot actually points to the fact that they’re not exerting any energy, which would contribute to increasing the kitty’s overall body temperature — very Smart tactic. Once the cat notices that the blistering sun has gone down, they would normal resume their nocturnal life– this explains why they have increased night activity during the summer.

Cats Can Also Cool Their Temperature Through Grooming

Thanks to their limited number of sweat glands, overheated cats have devised other natural ways of lowering their body temperature. Grooming is a proven way through which perspiring kitties cool themselves down. This informs the reason we see several members of the feline population grooming more during the scorching summer season.

As the cat’s excessive saliva evaporates into the air, its skin tends to cool down. This behavior is quite normal among our furry companions who use it as a way of dissipating excess heat. This is distinct from over-grooming, which may result from some skin problems, anxiety, pain, or even stress. If your cat happens to be over-grooming as a consequence of some health issues, it will end up with unusually short, barbered hair, red skin in some spots as well as bald areas.

For the canine population, you are very much likely to see them panting when the weather is very hot – this is a very good tactic that aids in facilitating the evaporation of drops of moisture on the dog’s tongue, mouth, as well as lungs. But for felines, panting is not a normal action. According to the experts, panting in kitties should raise some concerns since it often heralds pain, anxiety, and fear. In extreme cases, a feline’s panting may well be an indication of some sort of respiratory, lung, or metabolic issue. These kinds of health problems usually make the cat want to blow off additional carbon dioxide in a bid to support their general acid-base balance.

However, cats panting during the hot summers may still be due to overheating. In such cases, you, as the pet parent need to help your furbaby by making it gulp down some water; you can even make it better for your pet cat by adding one or two ice cubes to the water or taking the kitty out of the hot sun. There are some cat adopters who have achieved great results by wetting their kitty’s fur with some dampened cloth, which usually engenders a calming effect. Also, wrapping frozen water bottles inside a towel and placing it next to your furbaby is equally effective. However, recommendations are that you bring your furry companion to the vet in case the panting continues. It will then be left for the vet to decipher the root cause of the panting, and to rule out incidences of pain, anxiety as well as acid-base problem.

When you notice signs of excessive sweating around the mouth of your furry companion, the cat may be salivating as a result of stomach or dental problems. On occasions, we have witnessed acts of drooling with joy when they receive surplus attention from their human families. However, the attention of the vet is required when you notice that your furbaby is perspiring around the mouth, especially when it becomes excessive.

It is quite unusual for the kitties to suffer from heatstroke, according to the experts, the felines don’t usually take rides in cars and are not known to stay outside for extended periods for intense exercise or play with their human family, which are the common scenarios through which the canines can become overheated. But then, we have seen instances of felines suffering from heatstroke; they include the following:

Signs Of Overheating In Cats

One common way of knowing that a cat is overheated is when you notice it panting. While common in canines, cats aren’t your regular panthers. They will normally pant in situations of overheating, respiratory distress stress, or even some secondary ailment, and biochemical changes. Just in the same way as the pups, a cat’s panting gives room for heat to escape from its body through evaporation. The signs to look out for in overheated cats include:

When you notice the signs of panting in your feline companion, and you have concerns that it may be experiencing overheating, or that heat stroke is imminent, then you should take actions to combat the situation.

If you happen to live in the tropical regions where it is highly impossible for your kitty to escape the heat, you can contemplate on having some form of backup plans. You can also leverage the air conditioner to ensure that your furbaby stays cool while you are out all day. Sometimes, it may become necessary to take the cat to a friend’s place, or the home of a family member. There are some pet parents who prefer taking their kitty to the vet for kenneling. While the felines don’t naturally take to change of scenarios, you will be grateful that you only have to deal with an upset kitty instead of a sick one. 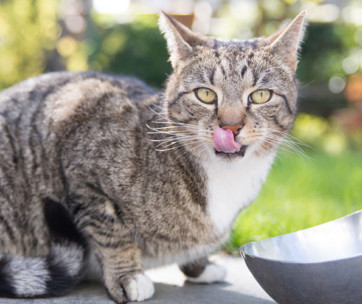 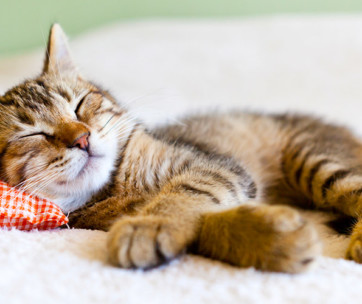 Share
998
Cats
How Many Hours A Day Do Cats Sleep? Why Do They Sleep So Much? 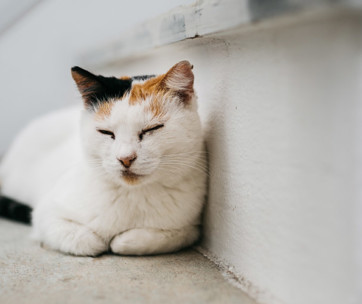 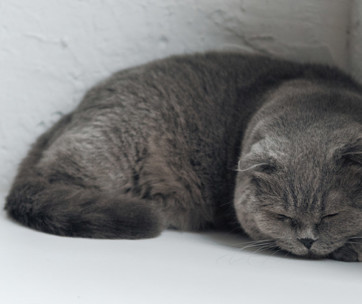 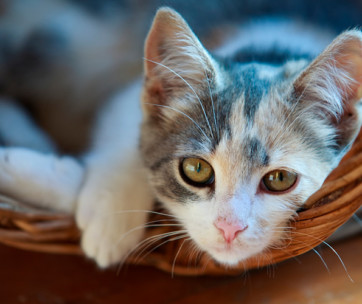 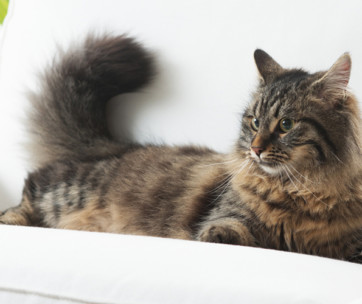 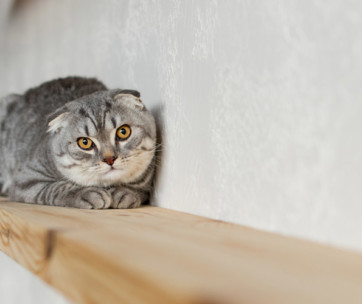 Share
1426
Cats
Why Is My Cat Staring At The Wall 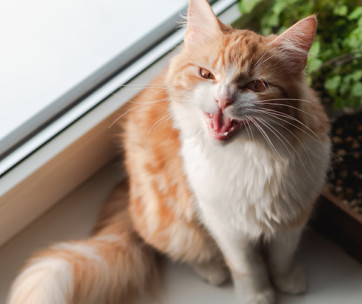 Share
1333
Cats
Cat Panting: Why It Happens and What Should I Do?