By Krista Martino
Published 14:53 pm
PetSide may earn a small commission from affiliate links in this article. Learn more
Share:

A new ban will be taking effect as of July 14th, 2021, in the United States, banning the import of dogs from over 100 countries for one year. The decision for this ban comes amidst growing concern for the spreading of the rabies virus. Un-vaccinated dogs being imported from countries where rabies is unfortunately common make the risk of rabies being spread to the U.S. general canine population much higher.

Federal heath officials announced the new ban on Monday 14th June. The countries selected for the ban were chosen due to the fact that they are considered to be at high risk of spreading the highly dangerous and deadly virus. The U.S. Centers for Disease Control and Prevention (CDC) were meticulous in their deciding which countries should be included.

The list of banned countries includes; Cuba, Dominican Republic, India Colombia, Russia, China, The Philippines, and Ukraine. The CDC has been extremely open about the decision for the new ban. Where canine rabies has been eliminated in the United States since 2007, the CDC felt this was a necessary measure to avoid a new variant of the virus from being reintroduced into the canine population.

On an annual basis, an average of one million dogs are bought into the United States for various reasons. With the new ban in place, around 100,000 of the one million annual visitors could be denied entry in the interest of protecting the current canine citizens. The CDC has, however, advised that they will provide special exceptions in limited cases. These exceptions extend to service dogs traveling with their owners, or foreigners that are in the process of moving stateside with their existing pets. 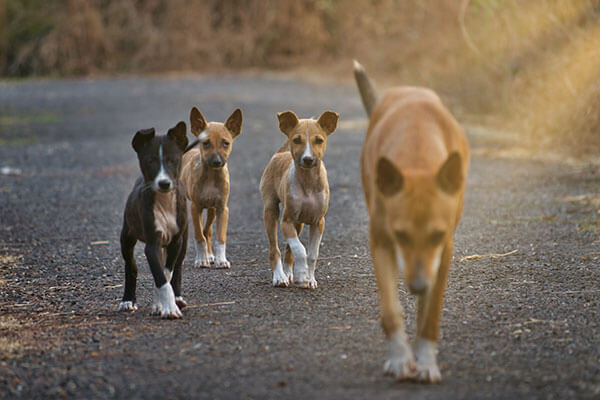 The Centers for Disease Control and Prevention stressed the importance of preventing rabies from entering the country in a statement on the agency’s website on monday. Stating that “Rabies is fatal in both humans and animals.” This means the danger of allowing even a single dog infected with the highly transmittable virus to enter the country could be detrimental to pets, humans, and wildlife alike.

During 2020, the rate of refusal for dogs being transported from high-risk countries such as the Ukraine, Russia, and Colombia, rose by 52 percent when compared to the previous two years, according to health officials. The rejections were a result of a range of reasons including the fraudulation of the paperwork submitted for them, or the overstatement of the dog’s age. According to the CDC, dogs were required to be at least four months of age when coming from high-risk countries, before the ban. This was to allow time for the puppy to have had its rabies vaccination, and for the vaccine to take full effect before travelling.

According to health officials, dogs that were refused entry then had a longer wait ahead of them to return to their country of origin. This would be due to reductions in flight schedules, which would put every refused puppy at risk of severe illness, or even death.

The president of the American Veterinary Medical Association, Dr. Douglas Kratt, spoke in an interview regarding the matter. In this interview he stressed that this ban, though it may seem harsh, is a step in the right direction for the protection of not only U.S. dogs, but the wildlife and people as well. Dr. Kratt owns an animal hospital in Onalaska, and has a deep understanding of the effects of this deadly virus. Speaking on the matter he explains his stance, “I think that it is a great concern, not just for rabies but for any number of diseases, to protect the health and welfare of the animals.”

The vigilant animal vaccination program throughout the United States has seen a dramatic reduction in the frequency of rabies transmission between dogs and humans. The World Health Organisation has shown that rabies, which is incurable once symptoms start to present themselves, has been the cause of death in tens of thousands of humans predominantly across Asia and Africa. This shows the importance of maintaining a low rate of infection in order to protect the US population – humans and animals alike.

The ban will cover dogs that are being transported as cargo, carried onto flights, or checked in as luggage on flights heading to the U.S. Any dogs that are the exception to the rule must comply with regulations. It is worth noting that exceptions can only apply to dogs over 6 months of age. Their age will be verified by submitted images of the dog’s teeth at the time of transport. They must also be microchipped, as well as have a valid rabies vaccination certificate and valid rabies serologic titer. If those transporting dogs from banned countries do not comply with the above regulations, admission will be denied.