How Smart are Cats: The Facts will Amaze You

A lot of people believe that dogs are smarter than cats, that felines are way too dumb to follow a simple command. However, cat lovers will argue that their pets are smarter than dogs. They are just not very showy and they have very short attention spans. Cats learn by observation, have excellent short-term memory, and are smarter than your iPad. These and a few more facts about feline intelligence will amaze you.

Cats May Have Smaller Brains, But That’s Not Painting the Whole Picture

There is this notion that the size of the brain is commensurate with intelligence. Hence, the bigger the brain, the more intelligent is the organism. When people talk about brain size, they often define it in terms of its ratio to body mass. The human brain, for instance, occupies only 2 percent of his total body mass. By comparison, a dog will have a brain mass that is 1.2 percent of its body mass. Cats, on the other hand, only have 0.9 percent.

So, does this mean that cats are far less intelligent than humans and dogs? Like everything else in life, size is not a definitive indicator. There are other factors that you have to consider. For instance, mankind’s Neanderthal ancestors had bigger brain mass to body mass ratio compared to modern man. It is fairly obvious that their bigger brain did not save them from the wheels of evolution.

The same is true with cats. While they may have smaller brain-to-body mass ratio, it doesn’t paint the whole picture. Other determinants can be at play. If we are to take the Neanderthal-modern man analogy, you’d get the picture.

The brain contains different sections or lobes. Each of these lobes has a different function. For instance, the frontal lobe is responsible for most cognitive processing as well as motor functions. The parietal lobe integrates information that the brain receives from other parts of the body. The temporal lobe processes auditory signals as well as aids in the integration of sensory inputs. The occipital lobe serves as the visual cortex. These lobes are components of the main part of the brain, the cerebral cortex.

Here’s the amazing part. The brain contains neurons or nerve cells. These are what transmit signals across the different sections of the brain. It’s like your electrical wiring in your house. The more gadgets or appliances you have, the more wiring you need. This electrical wiring network can be so complicated that it would be nearly impossible to follow one from end to end.

The human brain contains 100 billion neurons or nerve cells. On the other hand, a dog’s brain comprises about 160 million neurons. How about cats? Well, your feline friend can have up to 300 million neurons inside its brain. That’s almost twice the number of neurons that an average dog brain can have.

So, a cat’s brain may be smaller in size, yet it has more neurons that allow for the processing of a multitude of data.

Think of the neurons as the number of Gigabytes that your computer’s RAM can have. We know what RAM is and how it can facilitate more efficient computer processing. If you have a computer with a 2GB RAM, you can still perform basic tasks. But, if you have an 8- or 16-GB RAM, then the difference is astounding.

That’s the same thing with feline neurons. They have more nerve cells that can work together to process a lot of stuff at the same time. This makes cats smarter than dogs.

The Cat’s Brain has More Computing Power than an iPad

Referring to our discussion above, a cat’s brain has more neurons than a dog’s. This greater number of processing units can translate into better computing power. Let us put this in a language you’ll understand.

It is quite difficult to imagine how 6.1 trillion operations per second will look like in real life. However, this is just to show that a cat’s brain can operate more complex cognitive processes than a typical iPad. Of course, don’t expect the feline brain to give you 4G LTE access or connect you via Wi-Fi.

Cats are driven by their survival instincts. Early in their lives as kittens, they have to watch how Mom would hunt and eat. They also have to learn from their mothers how to groom themselves. A lot of the things that kittens learn in their young lives came from observing their mother.

An important aspect of this is the cat’s short-term memory. They will remember where you put the stash of food. They can also recall how you opened the drawer or the cabinet door. This is because cats have a pretty good short-term memory compared to dogs.

The short-term memory of dogs only lasts about 5 minutes. That’s why you have to be quick in giving the treat for it to associate the reward with an action that it performed. Cats, on the other hand, have short-term memory that can last up to 16 hours. That’s two-thirds of the day.

When you combine their innate ability to observe with the remarkable computing ability of their brain, you’ve got an animal that is smart.

The only problem with cats is that they aren’t showy. When it comes to social intelligence, they lag behind their canine friends. And since pet parents look to build social relationships with their pets, the cognitive intelligence of cats gets overlooked. But, make no mistake, cats are smart. 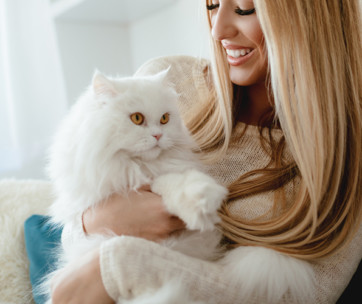 Share
1492
Cats
How Much Does A Cat Cost? The Annual Cost Breakdown of Owning a Cat 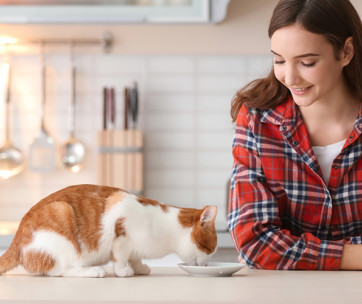 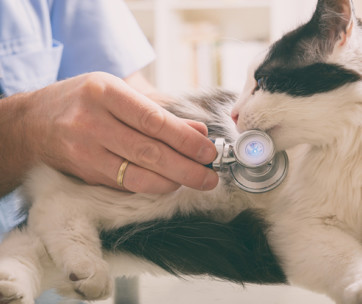 Share
1356
Cats
How Often Should You Take Your Indoor Cat To The Vet?