Why Do Dogs Love to Eat Snow?

It’s always great to sip from a cup of piping hot coffee or chocolate in the winter. However, dogs do not always think that warm beverages are perfect for the cold days. For them, a much better alternative is the snow. As odd as it may sound, there are many dogs that will go out of their respective homes to munch on some snow. Like everything else that our dogs put in their mouths, is it safe for these four-legged rambunctious friends to be eating snow? Let’s find out.

There are a few possible reasons why dogs love to eat snow. We said “possible” because there’s no way to establish the validity and accuracy of these observations with absolute certainty.

You’d be surprised to know that dehydration remains a threat during the winter season. We have this thinking that dogs will only get dehydrated in the summer. The fact of the matter is that dehydration can also occur in winter, but not in the usual way we know.

Canine dehydration in the summer has nothing to do with heat. It has something to do with the relative unavailability of fresh drinking water for dogs. Some people have this idea that water will not grow stale if left out for several days because of the cold temperature. This is not true. Water left to stand for several days can still interact with other molecules in the air. These get dissolved in the water. Add to this the molecules present in the dog’s saliva that get mixed in the water when drinking. The result is drinking water that no longer tastes clean or fresh.

Hence, the dog will want to drink something fresher and “cleaner”. It looks outside and it sees a miniature mountain of snow. It darts for the door and gobbles up as much snow as it can. It’s important to realize that dehydration occurs very fast in dogs. These animals will do anything to help prevent further dehydration. The next best thing is snow.

The thing about snow is that it doesn’t contain that much water. Only 5 to 10 percent of its weight is water. As such, if the dog wants to get as much water as it can, it has to eat as much snow as it can, too.

It is for this reason that all dogs should have access to clean and fresh drinking water every day. Having a pet drinking fountain helps. If not, the water in their bowls can be replaced at least twice a day.

Most of us love eating snow cones. And while snow doesn’t have those refreshing flavors that we love, it can still provide a very different tasting experience for some dogs. They have access to fresh drinking water, yet you’d still see them rushing outside to get a mouthful of snow.

There’s a taste in snow that dogs love. It’s not sweet, salty, or sour. For dogs, this “unknown” taste stimulates their curiosity. Add to this the unique texture of snow and you’ve got a non-edible object that hounds love.

If your dog drinks well from its bowl or pet fountain yet it still eats lots of snow, try to check for other manifestations. If the dog looks fine or healthy, then it’s a safe bet that its behavior is more related to canine curiosity.

However, if the dog looks sick or ill, then it is possible that its insatiable appetite for snow has a medical reason for it. Dogs that have Cushing’s disease, thyroid problems, kidney disease, or other metabolic or hormonal problems can show increased thirst. This may help explain the peculiar snow-eating behavior. Have your vet perform a thorough clinical examination of your pet.

It is difficult to establish whether or not genetics plays a role in the snow-eating behavior of certain dogs. It is possible that Arctic breeds may have the genes of their ancestors, allowing them to feed on mounds of snow.

Is It Safe for Dogs to Eat Snow?

Yes, snow is safe to eat. However, there are some issues that we have to think about first. This is inherent in the way snow forms in the atmosphere.

In very cold weather, water droplets or moisture in the air freezes and forms into a dust particle or pollen in the sky. Snow crystals form this way. And because they are now heavier than air, they fall to the ground. As they make their way to the ground, they also meet other water droplets which also freeze onto the primary snow crystal. The classic 6-armed snowflake forms this way.

So, snow is nothing more than crystallized water droplets falling from the sky and hitting the ground. Here’s where the problem lies. If the surrounding air is polluted, harmful chemicals can get mixed into the snowflake. If it occurs in an area where there is no pollution, it should not be a problem. But if you live in an area where there are industrial pollutants, then you have snow that is rich in sulfates and nitrates.

The second issue is when the snow reaches the ground surface. If the air around us is already polluted, what more the ground? Ground contamination is a real threat. If the dog eats snow on your garage, it’s possible that the snow may already be contaminated with antifreeze or pesticides.

Hence, it is safe for dogs to eat snow since they are mere frozen water droplets. The problem, of course, is that there’s no way of knowing what other chemicals or substances may be present in the snow. And this could have a negative effect on your dog’s health.

There’s also the issue of gastric upset and hypothermia in case the dog eats too much snow. This can lower its core body temperature and can lead to different health problems.

Most dogs eat snow out of curiosity and its weird but wonderful taste and texture. There are also those that eat snow because the water in their bowl tastes bad. Still, there are those that may have medical problems. 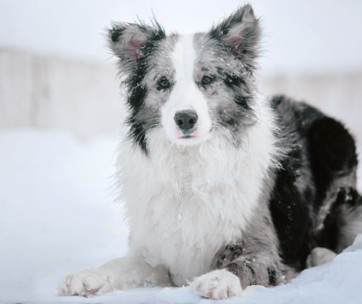 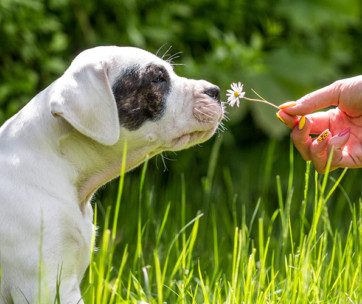 Share
1122
Dogs
Dog Allergy Testing: Everything You Need to Know 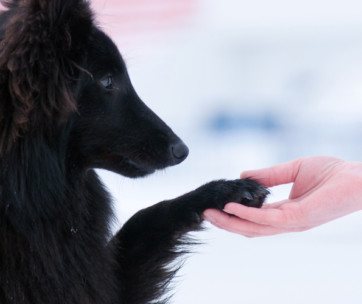 Share
1363
Dogs
Losing Interest in Training Your Dog? Here’s How To Stay Motivated 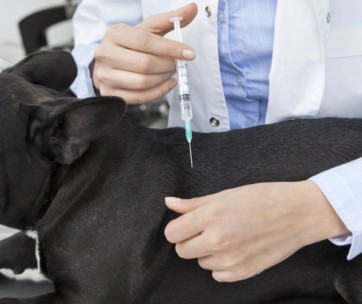 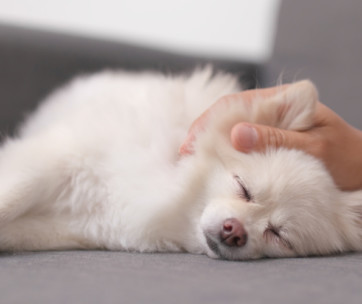