While some of us humans may not enjoy the hot weather, we are able to deal with it better than dogs. Unlike our canine companions, we have the ability to sweat, turn on the air conditioning, or take off some layers. So, if you live in an especially hot climate, it is important that you choose the right dogs who can deal with the heat. You also need to be aware of humidity levels. Animals will pant to take the heat away from their body, but high humidity makes this even more difficult.

Some breeds have the physical characteristics that help them deal with warm weather, while others are best suited to colder climes. Being able to spot these all-important traits is a good starting point, so scroll down to the next section for more information.

Good warm weather dogs tend to have quite similar sets of characteristics. First, they have a short coat as longer coats tend to trap in the heat. Of course, there are a few exceptions that we will discuss later in the post. Typically, warm weather dogs will only have a single coat rather than a double. Also, if the dog is longer and lankier, they have more skin which allows them to more rapidly cool off in comparison to thicker-bodies pooches. In general, smaller dogs tend to be better suited to dealing with hot conditions than big hounds.

Next, you have dogs with longer noses. These work in a similar way to an air conditioner, cooling the air that comes into your dog’s lungs. Also, their genetic roots are bound to play a part. Dogs who come from cold climates are unlikely to be the best ones to deal with heatwaves. Finally, fur color also plays its part. Just like when you wear a black shirt on a hot day it will absorb the heat better, the same goes for pooches with darker coats.

Let’s continue the post with our top 10 list of the dogs suited to hot weather, as well as some of the features that they possess.

The famous spotty Dalmatian breed of dogs has a lot of the qualities needed to deal well with hot temperatures including long muzzles, short coats, and lanky builds. In the past, Dalmatians were bred to run alongside coaches, which meant that they would need to be skilled at cooling themselves off. If they didn’t have these adaptations, it is much more likely that they would overheat and this job would be impossible. Before you settle on your decision to adopt a Dalmatian, you should bear in mind that they have heaps of energy and you need to make sure they have a healthy outlet for it all. If not, they are the kind of dog who are more likely to develop behaviors that are both negative and potentially destructive. Bear in mind that some Dalmatians end up with a longer coat due to a recessive gene and these ones are less likely to do well in the warmer weather.

Next on the list, we have another highly popular variety of dog – the Doberman. Looking at them, you would think that all that black fur would not make them great in warmer conditions, but they do have a lot of the other attributes that make them well suited to the heat including short coats and big ears. A few of the qualities that categorize a Doberman include intelligence and loyalty, so they are a popular choice with first time dog owners. Their aforementioned short coat ensures that they won’t trap any heat from the sun around their body, so a breeze or a dip in some cold water will help them to cool off. You should know that these dogs need to be properly trained or they are more likely to display the type of aggressive character traits that you would naturally want to avoid in your four-legged friend.

Our next dog for warm weather is the adorable Weimaraner. These dogs have regal heritage and can be traced back to 13th century France. One of the main defining features of this breed is their short, attractive coat. Also, they don’t have any undercoat to speak of, which makes them well suited to hotter climates. If you are thinking of adopting one of these dogs, you will probably want to know a bit more about their individual characteristics. Well, they are known to be very friendly dogs, but they are also celebrated for their alertness and obedience. Their smart nature makes it easier to train them than many other breeds.

If you are looking for a racing dog who can withstand hot conditions, look no further than the handsome whippet. While they might not be as well known as the greyhound, they are renowned for their speed over the ground. And when a breed can reach such speeds, they also need to have the means to cool themselves down easily as well. Since they are a generally skinny breed, they don’t have the fat that is going to trap too much heat close to their body. Their long muzzles act as a cooling device before the air enters their lungs. And their coat is also distinctively short and fine, which also helps in cooling them down after a race. Young Whippets need a great deal of tender loving care and attention, so bear this in mind before you think about getting one of your own.

The name Schnauzer comes from the German slang term for moustache, and if you have ever seen one of these little pooches, you will understand the nickname straight away! This breed began in a working capacity, herding and guarding farms and livestock. In recent times, they have also been used in a search and rescue capacity – and they are also well known as guard dogs as well. Their coat is wiry and single-layered, so they are unlikely to get too hot when the sun starts shining outside. However, if they get caught up in the direct sunlight, you should remember to offer your dog plenty of water to keep them properly hydrated. Schnauzers are also show dogs, and their set of physical characteristics help them to keep cool on warmer days.

Though they appear to have a somewhat unflattering name, Rat Terriers got their moniker from their ability to catch these pests way back in the 16th century. In more recent times, they were a firm fixture on US farms in the early decades of the 20th century. While they have a short coat to keep themselves cool, you should know that many of them are not happy in the water, so this is not a viable cooling option. Since they are a relatively small dog, this also plays a role in helping them to keep their internal temperature down. Many people love this kind of pet as they are known to be highly affectionate and great around kids. However, they can be aggressive around smaller pets and are known for the fondness for hunting, which obviously goes back to their earlier rat catching days.

While we have mentioned some dogs with plenty of years of history behind them, none of them have as long a past as the Pharaoh Hound, which can be traced back over 5,000 years! As you would expect from a breed that originates from Egypt, they are all too used to dealing with hot and sunny conditions. In fact, they are one of the world’s best breeds for dealing with heat. Bear in mind that this breed needs a lot of physical activity every day – up to an hour is desirable. But they also enjoy their alone time as well. And you should also know that they rank amongst the most expensive dog breeds in the world – and one of these puppies can set you back several thousand dollars. A few of the physical features that help Pharaoh Hounds to keep cool include their slenderness and agility, as well as their fine, short coats, which many people think is one of their most attractive features.

As you would expect from the name, this breed originates from the Spanish island of Ibiza. Originally, they were bred for hunting due to their fast speed and tracking skills. Nowadays, they are a popular breed to enter into dog competitions in the US. The smooth coated variety are especially well-equipped to dealing with hot climates. The wire coated ones are not as well-suited as they tend to absorb more of the heat. As you can see from a picture, they also have extremely large ears! They stay in an upright position, which exposes more of their surface to the breeze and helps to radiate heat away from your pup.

This breed has origins in Africa, where the conditions were traditionally extremely hot and wet, so you can be assured that they are well-suited to hot climates. As well as a short coat, they also have the big, erect ears that we discussed were such as plus point in the previous section. While they are a smart and athletic dog, you should bear in mind that they aren’t suitable for all families – especially those who have very little experience with dogs. Since they are so independent minded, it is much more likely that they are going to wander off and they can prove to be extremely difficult to train.

Last up on the list, we have the German Shorthaired Pointer. These dogs are also known for their excellent hunting ability. Despite the fact that they don’t originate from the hottest of climates, they still have short hair and a wiry frame, which ensures that they are comfortable in warmer conditions. Tracking and hunting rank amongst their main skills. However, as you would expect from dogs like this, they are especially energetic and it takes a lot to wear them down. So, if you don’t have a lot of time on your hands to care for one, it might not be the right choice for you. And they also don’t like to be alone for extended periods of time. On the plus side, they are known to be very loving and affectionate.

Picking the right type of dog for the climates you live in is so important. If you adopt a dog who is meant for colder climes, they are more likely to be uncomfortable and unhappy, so you won’t be able to enjoy the full extent of their individual personality. The breeds above provide a good starting point if you are looking for a warm weather dog. However, just because they deal with hot weather, it doesn’t automatically make them a suitable choice for your household. You also need to examine their other personality traits in detail. For example, if you get an especially needy dog, you need to be able to devote a lot of time and attention to look after them properly.

And even if you adopt a dog who suits the conditions perfectly, that doesn’t mean that they can deal with everything by themselves. You also need to be on hand to provide them with plenty of cool, fresh water. There is also some equipment out there which can help such as a dog cooling vest. Also, you should try to give them as many shady spots as possible, which are invaluable on particularly hot days. When the temperatures reach their highest where you are, you should be careful not to over exercise them. You need to keep an especially close eye on them for the common signs of dehydration and heat stroke. And if you do spot anything wrong, you should get them checked out by the vet at the earliest possible opportunity. 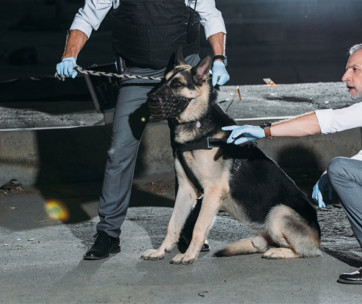 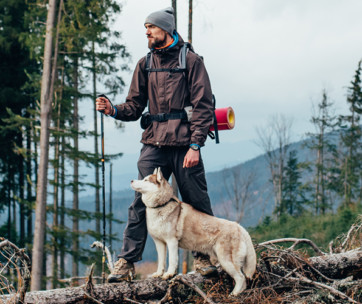 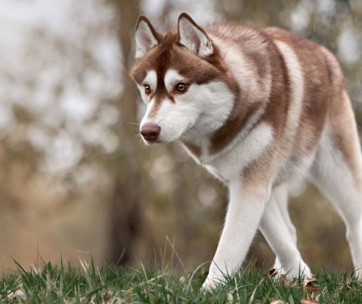 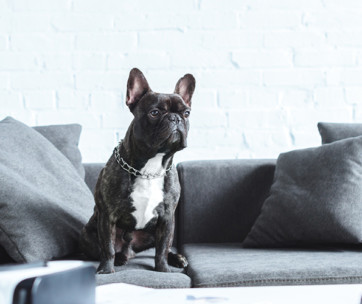 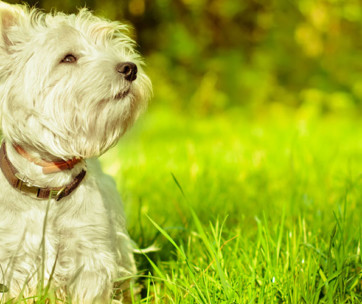