Cats some people love them, some not so much. Whether you are a cat person otherwise, you certainly cannot deny that they are very interesting creatures. From their behavior to their cuteness and everything in between they certainly know how to capture our attention. It gets even better, though. Say hello to polydactyl cats.

What Are Polydactyl Cats

Although the name may sound like some version of a dinosaur, the reality is less intimidating. Most cats have 18 toes – four on their back toes and 5 on their front ones. The polydactyl cat is a little different. These cats have a few extra toes than the average cat. The word polydactyl dates back to 1860-65, comes from the Greek work polydáktylos and means “having many or several digits.” Although the polydactyl cat paw may seem to be no big deal, there is more to these cats than meets the eye. Here are some interesting polydactyl cat facts.

Polydactyly is caused by a genetic mutation. This occurs in a dominant gene and can result in the formation of four to seven toes on their paws. Therefore, if one parent has polydactyly and the other has a normal amount of toes, then most of their kittens will have polydactyly – approximately 40 to 50% of the litter. Polydactyly rarely affects all four paws and mostly affects the front paws; but can affect the back paws as well.

We can mostly all agree that kitty paws are super cute, so an extra digit here and there can only make the polydactyl cat paw even cuter. Sometimes, this extra toe can appear to look like a thumb, making your cat look like he’s wearing a pair of mittens. How cute is that? Polydactyl cats without the “thumb” appear to simply have large feet, earning them a myriad of nicknames that include “big-foot cat.”

It should be noted that polydactyl cats are not a specific breed. This genetic mutation, passed down through DNA, can occur in any cat breed. There is one breed known to have a 40% chance of being born a polydactyl, and that is the Maine Coon. However, there is no scientific evidence of these cats have a genetic predisposition to the mutation. It appears that these cats have large, insulated paws – an evolutionary advantage when it comes to dealing with Maine’s snowy weather. Combined with polydactyly, these cats have larger, wider paws with more insulation, allowing them to make light work of getting through snowy conditions.

Maintaining your cat’s paws and extra toes can be quite a daunting task. Trimming any cat’s claws is already not that easy or not much fun, so with extra claws it can be even more troublesome – but it needs to be done. Look out for an extra claw that can sometimes grow between the “thumb” and foot. This claw can sometimes cause pain and infection due to the fact that it can sometimes grow around and become embedded in the footpad. Your cat’s grooming habits can hint at anything that may be amiss. If your cat licks his paws excessively or favors one foot over the other, this can be a sign of trouble. Speak to your vet about proper mani-pedi care for your special cat if you have any concerns. Some claws may need to be removed surgically.

Like every other cat, polydactyl cats can be friendly, playful, mischievous, and a host of other things. In terms of polydactyl cats behavior, nothing really sets them apart. After all, they are still cats. Their behavior is more likely to be attributed to their breed and individual personalities. However, this condition does put them at an advantage. Having extra digits means that polydactyl felines have a larger, wider paw. This allows them to have improved balance on various surfaces, makes climbing easier, and allows them to hunt and capture prey more efficiently.

Although the thumb-like digit is not opposable, some pet owners swear that their polydactyl cats have increased grasping abilities – even managing to open latches and windows. One thing is for sure, life with a polydactyl cat will keep you on your toes. We’ll let you scour the World Wide Web for video evidence of these amazing felines accomplishing amazing feats.

The famous author loved polydactyl cats. He was gifted one in the 1930’s by a sea captain named Stanley Dexter. Hemingway’s cat had six toes and was actually born from Dexter’s cat, Snowball, and was given the name Snow White. Snow White went on to have several polydactyl kittens of her own.

After Hemingway’s death in 1961, his Key West, Florida home was turned into a museum – housing his cats. This museum is now home to about fifty cats – some of which are Snow White’s descendants, with about half of them being polydactyl. They are all protected as a historial treasure.

It is no coincidence that Ernest Hemingway was gifted a polydactyl cat by a sea captain. Sailors considered them lucky. Thanks to their superior hunting skills, they were excellent at capturing mice – a trait that sailors found very helpful on long ship journeys – and kept the ships vermin-free. Their extra-wide paws also gave them excellent balance on the rough seas.

The earliest record of these cats is from 1868. Today, polydactyl cats are most common in the Eastern United States, Canada, Wales and Western England. This is attributed to their trans-continental journeys aboard the ships, where they were transported across the Atlantic, bred with non-polydactyl cats and passed on this dominant gene to litters and litters of cats. This also explains why this trait is common in Maine Coon cats.

Poly cats are also known as Cardi cats. The name originates from the Cardigan district in Wales – one of the areas where these cats have a significant population.

Famous for having 7 toes on each foot is Jake – a Canadian ginger tabby, polydactyl cat. However, according to CBS News, a Minnesota cat named Paws ties the Guinness World Record alongside Jake for having the most toes – 28.

Another famous poly cat is Slippers. This cat belonged to President Theodore Roosevelt and was one of the first feline residents of the White House.

Can Other Animals Be Polydactyl?

Yes, they can. Sorry cats, you are not the only ones who can have polydactyly. Dogs, moles, mice, and even humans can have the condition. Most of the time, the extra digit(s) has no joint, is made up of soft tissue and bone, and is completely non-functional.

While most dogs have four toes on their back feet and five on the front, the Norwegian Puffin Dog has at least 6 toes on each paw. Polydactyly in this dog helped it navigate cliffs when hunting for puffin birds.

As with cats, proper maintenance, trimming and frequent checks of your pets claws and paws are vital in preventing injury – and can go a long way in preserving your furniture.

Should I Get a Polydactyl Cat?

Considering the above polydactyl cat facts, these felines are definitely unique. Generally speaking, their needs are no different from any other cat (apart from the extra mani-pedi’s). Their personalities differ depending on the cat and breed and their extra digits do not disable them in any way. They come from a long line of respect and good luck; so, if it’s uniqueness, history, and luck you’re looking for, the polydactyl cat may be for you. Just be sure to buy your poly cat a scratching board or post.

If you’re unable to offer the extra maintenance required of a polydactyl cat paw, perhaps you need to reconsider and get yourself a cat that requires less grooming maintenance. Your furniture, and cats like Jake or Paws will thank you for it.

How Much is a Polydactyl Cat Worth?

On average, the polydactyl cat ranges from $300 to $500. Considering the uniqueness of this pet, some may argue that this isn’t such a hefty price.

Are polydactyl out of your budget? With so many cats available in shelters, adoption should be considered before buying one. Who knows? You might get lucky and find yourself a polydactyl waiting for a forever-home from your local shelter.

How Rare are Polydactyl Cats?

Polydactyly may be a little unusual, but it hardly counts as rare. As mentioned above, if one parent cat has the dominant gene of polydactyly, about 40 to 50% of its kittens will have the condition. At the same time, if both parent cats have the gene, they could have a litter of normal 18-toed kittens. If you’ve got a cat with an extra toe on each foot, you’ve really found something a little rarer.

As you can imagine, pun-like names are plentiful. Some owners take their polydactyl cat behavior into consideration; while others use the cute polydactyl cat paw for inspiration. Need some help naming your new poly pet? Here are some suggestions:

The options for naming your polydactyl cat are endless, with the ends your imagination being the limit. Don’t forget to include other physical attributes of your cat such as color, furr or patterns.

Cats, in general, have been worshipped by ancient Egyptians. Polydactyl cats have been deemed lucky. It would seem that one cannot go wrong with cats. Considering the polydactyl cat facts above, they have proven that their condition is about much more than looks. They have a whole lot more going for them. Polydactyl cats behavior is bound to keep you entertained, if you own one. If nothing else, one could simply marvel at their cuteness and the dexterity their extra-large paws give them. Additionally, one could have lots of fun naming these fascinating felines. There must be a reason Hemingway fell in love with Snow White, or why President Theodore Roosevelt found Slippers to be fit for the White House. Whatever it is, it could be argued that owners of these cats are indeed the lucky ones, and not the other way round. 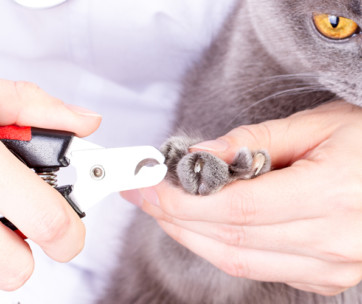 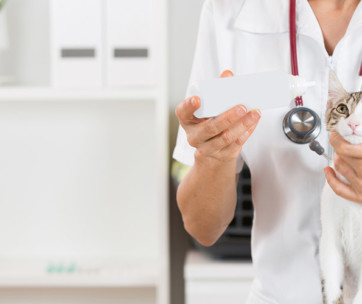 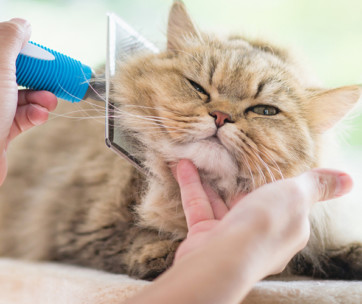 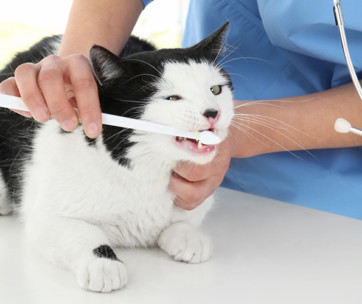 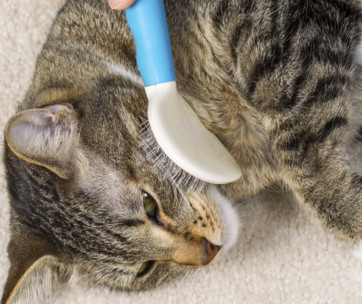 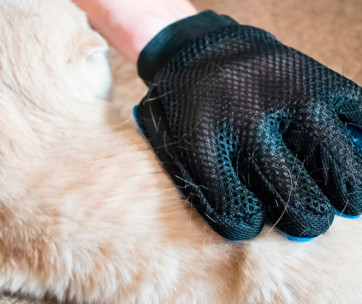