10 Oldest Dog Breeds in the World

The friendship between man and dog dates as far back as 8,000 to 16,000 years ago. He first domesticated wolf-like canids to help him guard his home and help in his daily activities as a hunter-gatherer. While many of the very first dogs are already extinct, there are those that retain the genes of their ancestors. These are the ancient breeds of dogs that still walk the face of the earth. They remain true to their ancestors’ philosophy of being the trusted companions of their human owners. So, which of the hundreds of dog breeds are the oldest in the world? We have ten for you.

There is reason to believe that the Saluki is the world’s oldest dog breed; although many can dispute this claim. Ancient pottery excavated from archeological sites in Susa, Iran depicted images of running dogs. These canines had long and narrow bodies. There are also Saluki-like dogs carved on the walls of ancient Sumerian homes. Both discoveries put the Saluki’s origins to anytime between 6000 and 7000 BC.

The Guinness Book of World Records also recognizes the Saluki as the oldest breed in the world. It says that the dog dates as far back to 329 BC in ancient Egypt. The breed is also one of 14 dog breeds that are not that very different from wolves. This shows that the Saluki shares many of its characteristics with the grey wolf.

Salukis are sighthounds. They use their remarkable sighting abilities, agility, and speed to take down prey. They’re the perfect hunters for squirrels, deer, raccoons, otters, goats, and snakes.

Japanese records put the Akita Inu’s origins to be sometime between 200 BC and 8,000 BC. Archeological evidence suggests that the Akita Inu can trace its origins from the Matagi Inu. This ancient dog breed is one of Japan’s oldest native dogs. The Matagi is a large hunting dog that preyed on wild boar, Asian black bear, and Sika deer. It is a very proficient baying hound. It tracks game and holds the animal at bay for the human hunters to go in for the kill.

The Akita Inu is very territorial and can be very dominant over other dogs. They are reserved with strangers and can manifest the fastidiousness of cats. However, a well-trained Akita is never aggressive and can show exceptional fondness of children. Their greatest trait is their loyalty. The story of Hachiko and Professor Ueno is an enduring testament to the breed’s unquestionable loyalty and affection for its human master.

With its thick, silky, and beautiful coat, it is hard to imagine that the Afghan Hound is one of the world’s oldest dog breeds, but it is. However, it is challenging to pinpoint the exact time period when the Afghan Hound first emerged. There is evidence, nonetheless, that say the breed has been around for at least 8,000 years. The Afghan Hound shares its ancestry with the Tazi, the Taigan, and the Barakzay which are all ancient breeds.

Afghan Hounds are very prolific hunters in the unforgiving landscape of Afghanistan. They are sighthounds, relying on their fantastic eyesight and extra-long legs and neck to spot prey from a distance. Their lean and flexible bodies as well as long legs and aerodynamic heads give Afghan Hounds remarkable speed to catch prey. The modern breed are direct descendants of the dogs that King Amanullah gave as gifts to the UK in the 1920s.

There are ancient cave paintings in Libya depicting a kind of hunting dog that people believe to be the Basenji. If this is correct, it means that the Basenji has been helping the hunters of Africa since 6000 BC. While it is true that the cave paintings are in modern-day Libya, Basenjis are more concentrated in the central portions of the continent. Europeans first discovered the pariah-type dog in the Congo in 1895.

What is very unique about this dog is not that it doesn’t produce sound when it barks. Instead of the characteristic bark, the Basenji yodels or howls. One theory why Basenjis and other pariah-type dogs howl or yodel is that these can mask the presence of human settlements. Predators will think that it’s another predator howling. If the Basenji were to bark, predators know that there’s a human settlement nearby.

It may be slower than the Siberian Husky, but the Alaskan Malamute is a heavy-hitter when it comes to hauling freight over snowy terrain. This ancient dog breed comes from the same family of Spitzes and Arctic breeds. The Alaskan Malamute got its name from the Mahlemut tribe. This tribe used the dog to help them in their everyday tasks, hauling large and heavy objects as they move from one place to another. This puts the Alaskan Malamute to be in existence since about 2,000 to 3,000 years ago.

Malamutes are reliable snow freight haulers. They can run hundreds of miles at a time. Their powerful bodies and thick coats allow them to endure the blizzards and extreme snow storms that batter this part of the world. They are also very affectionate and well-known for keeping human babies warm.

The Samoyed is another Arctic dog that shares a direct lineage with the grey wolf. It also shares this characteristic with the Alaskan Malamute and other Spitz type of dogs. This also makes the Samoyed as an ancient breed. Samoyeds are the direct descendant of the Nenets herding laika. Samoyeds have been helping the Samoyede people for the past 1,000 years. This northwest Siberian native was bred for pulling sleds, help in hunting, and assist in the herding of reindeer.

Samoyeds have the friendly disposition of a Labrador Retriever and the happy expression of a Golden Retriever. It is no wonder that fanciers of the breed gave the Samoyed a very apt nickname – smiley dog and Sammie smile. While they are very friendly, Samoyeds do tend to bark a lot. This makes them excellent watch dogs, but not as guard dogs.

Third century BC Chinese clay figurines were the earliest records of the existence of the Chinese Shar Pei. These clay figurines are part of an archeological find associated with the Han Dynasty. It is possible, however, that the breed has been around much earlier.

Known for its wrinkles and skin folds, the Chinese Shar Pei is a great hunter in the Chinese plains. It’s used in hunting wild boar; although it also protected the livestock of farmers and their homes. There’s a reason why the Shar Pei has very loose skin. This allows the dog to turn around and bite back in cases when a predator grabs the dog’s skin.

The Chinese call it the Songshi Quan or the Puffy-Lion dog. The rest of the world calls it the Chow Chow or Chow. This is a large and stocky breed that has its origin from 1st century BC in China. It is also possible that the Chow Chow may have its origins in the Arctic regions of Asia some 3,000 years ago. From the frigid north, these dogs migrated towards Siberia and Mongolia before settling in China. If this is true, then the Chow is an old breed.

Chow Chows are famous for their blue-black tongue. This unusual color also extends well into the lips of the dog. These are loyal and protective dogs. Early socialization and training can somehow temper the dog’s tendency to become overprotective of its human family.

If records are correct, Lhasa Apsos have been around since 800 BC. There is also evidence that shows the Lhasa Apso is one of 14 breeds that have a closer relationship to the grey wolf. In Tibet, they call the dog as Apso Seng Kyi, which translates into Bearded Lion Dog. One should not confuse this with another Lion Dog of the Imperial Chinese Court, the Pekingese.

Lhasa Apsos can be very aggressive towards strangers if they do not undergo early socialization and training. They have this fierce loyalty to their human companions. They can be friendly and intelligent. But sometimes their assertiveness and stubbornness can get in the way.

This is the Chinese equivalent of the Tibetan Lion Dog, the Lhasa Apso. The Pekingese is a toy dog with ancient origins. Together with 13 other breeds, the Pekingese possesses many characteristics that are a lot closer to the ancient wolf than more modern dogs. The current estimates are that the Pekingese was first bred some 2,000 years ago in Peking. These dogs were royal companions; only members of the Chinese Imperial court have the right to own a Pekingese.

It is true that Pekes have a bloated ego. However, they are also affable and affectionate. They are a lot closer to their adult family members than children. This is because the dog doesn’t believe a child can show respect for the Peke’s dignity.

These dog breeds have been around for hundreds of years. They share a close resemblance with the ancient wolf. As such, we recognize them as the world’s oldest breeds of dog. 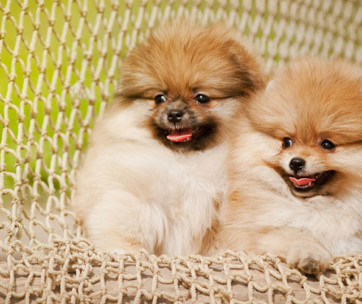 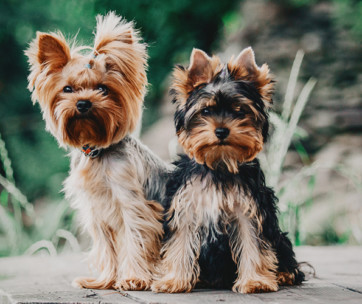 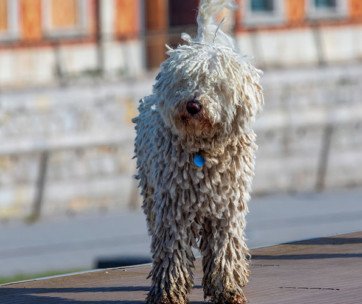 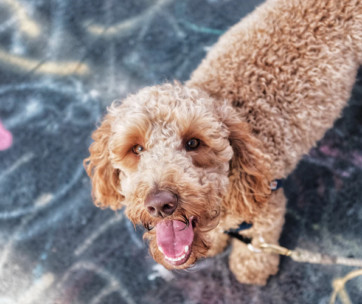 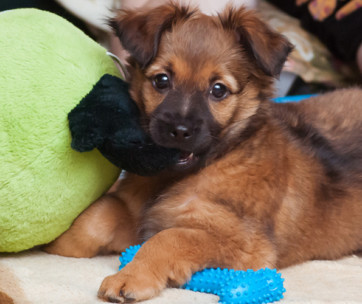 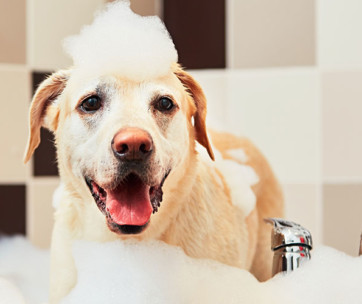